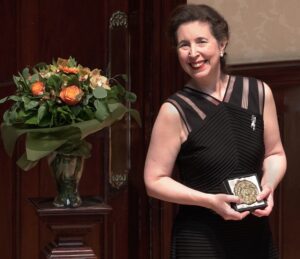 Here we are four months (17 weeks) into lockdown–such as it now is in London. Actually not much has changed for me since they started easing the rules. Yes, I was able to go to the hairdressers for the first time and can finally get a massage next week, but indoor concerts for an audience are not happening anytime yet.

It was, however, a total joy to play a Bach recital at London’s Wigmore Hall, even if the seats were empty. I knew it was going out to thousands and thousands worldwide, live on BBC Radio and on live-streamed on the internet. Fortunately it went well, and it was a great feeling to perform again. Until July 24th you can watch the performance on Youtube and also on Wigmore Hall’s website.

My daily mini-recitals on social media have now ended but the 87 short pieces I performed for you are now all on my Youtube channel here. In the last weeks of that run, I raised over $6000 for Orkidstra–a social development project in my home town of Ottawa that builds community through offering free lessons to children in under-served areas. They were thrilled to bits, and I must thank all of you who donated to that very worthy cause.

I’m still working hard on new repertoire. I suppose the big news is that on July 29th (all being well) I will travel to Sacile (near Venice) to choose a new Fazioli concert grand piano at the factory–replacing the one that was smashed at the end of January. That will be exciting. Then I have time to work it in before I make my next recording–probably in the autumn.

We must continue to be very vigilant and do all we can to stop the spread of this terrible disease.