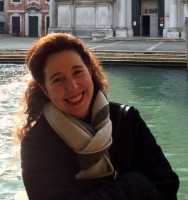 This year has been an exceptionally busy one, but perhaps one of the best in many ways. My last update was at the end of July. It’s quicker and easier to post things on Facebook and Twitter these days, and I always seem to have 300 emails in my Inbox to deal with. And that’s in my spare time, which is very spare indeed.

The last five months have been filled with wonderful things: a series of concerts at the atmospheric Wanamaker Playhouse at London’s Globe Theatre (with soprano Dame Felicity Lott and actor Roger Allam); festival appearances in Edinburgh, Oslo and Ghent; the opening of the International Piano Series in London’s Royal Festival Hall; numerous recitals all over the UK, including one in Cumbria where, the night before, I had to be evacuated from the house where I was staying because of the terrible floods they are experiencing; a tour of the United States, highlighted by a performance of The Art of Fugue in New York; playing four concertos in one night in the fabulous KKL concert hall in Lucerne with the Lucerne Festival Strings; events with authors Ian McEwan and Julian Barnes in Vienna and London; and on the recording front, a sixth volume of Beethoven Sonatas and, just before Christmas, a re-recording in Berlin of Bach’s Goldberg Variations. Just getting myself around to all those places was a job in itself. But I enjoy it more all the time, even if I’m glad now to have almost a month without performing. Thank you to everyone who came to hear me this year. An artist is nothing without their audience, and I know that many people travelled long distances to attend my performances. The people I meet along the way sustain me greatly, as well as those at home.

The programme for next year’s Trasimeno Music Festival (30 June – 6 July) in Umbria, Italy has been announced. You can read about it here. It takes a great deal of thought to put it all together year after year (this will be our twelfth festival), but it’s also one of the best things in my life. I hope many of you will be able to attend.

The coming year sees me again all over the world. Early in the New Year, my first album of Scarlatti Sonatas for Hyperion Records will be released. Such fantastic music!

May all of you have a very peaceful and happy New Year, and I look forward to meeting you along the way!