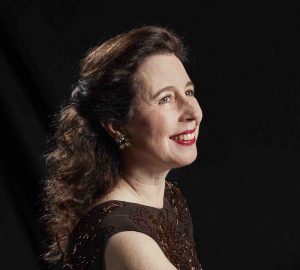 It’s not possible that we’re already in December. Though when I think of all I’ve done since I last posted in the summer, then it’s enough to fill an entire year or more. I think that when you just look at my online schedule, you get no idea of all the work behind the scenes. Not just practising–though that would already be enough. And I’m still learning so many new pieces–I don’t just play what I already know! Then there’s the organising of the tours, and the packing, and the wardrobe, and the actual travelling around (exhausting). Then there’s all the advance planning–we’re now well into 2019 and beyond. So many decisions to take about dates, programmes, projects. Then there’s my festival in Italy for which I do the job of several people. And then all the everyday stuff like looking after yourself (massage, osteopaths!), eating well, stuff around the house. OK, I’ll stop. Oh yes, the financial stuff as well which is endless, though yes, I have help, but even so…. But here I am, still going and having had a fantastic year. What keeps me going is the support of my friends and fans all over the world, and the pleasure that sharing music with them gives all of us. And the music itself of course. That’s a daily gift.

Right now I’m sitting at Stansted Airport, waiting for a flight to Ancona. My last two formal concerts of the year are in Rimini and Milan–of course not with the same programme. That would be too easy! Two very difficult programmes of Bach and Beethoven, and also a brand new piece to play, Beethoven’s “Waldstein”. I’ve been working on that in my spare time–ha! It’s a joy to finally be playing it.

The final, “empty” weeks of this year will be spent learning tons of new notes, and preparing for dates in January. Having to re-learn the complete Book I of the Well-Tempered Clavier is only one of many things. But it’s great that at least I have some time without the stress of performing and constant travel.

I wish all of you a happy festive season!