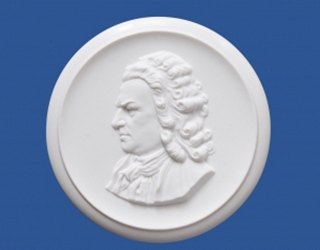 It was announced last week that I shall be the 2020 recipient of the City of Leipzig Bach Medal! This is an honour that has been awarded since 2003 to somebody who has significantly promoted the music of J.S. Bach around the world. Nothing could make me happier! Previous recipients have included such legends as Gustav Leonhardt, Helmut Rilling, John Eliot Gardiner, Ton Koopman, and Robert Levin. It turns out that I will also be the first woman ever to receive the award. Below are my thoughts upon hearing the news.

“I feel deeply honoured to be awarded the Bach Medal of the City of Leipzig. The news came as a complete surprise, and moved me tremendously. To receive such an award from the city which is synonymous with Johann Sebastian Bach, and to be added to such a distinguished list of former recipients, is more than I could ever have imagined. Leipzig has always had a special place in my heart since I first went there in 1976 as a competitor in the International Bach Competition; and Bach himself — well, I guess there’s no other person with whom I have spent so much of my life, and yet every minute has been worth it! It has given me great happiness to take Bach to all corners of the globe, and to see the comfort and joy it brings people of all backgrounds. I would like to dedicate this award to my musician parents who both adored Bach and Leipzig — especially my organist father who made Bach so alive to me as a child.”

You can read more here.

Thank you, Leipzig! See you on June 20th for my performance of the Goldberg Variations in your huge Bachfest!