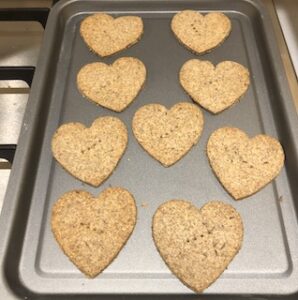 …And here we still are, locked down. Never did we think this would go on so long. While island countries like Australia, who have managed the pandemic well, are able to resume concerts with audiences, here in Britain and in most of Europe and the Americas, everything is at a standstill. As you can see from my empty schedule, I’ve had no concerts since November and don’t expect any until…well, maybe April but perhaps later than that, who knows? So far this year I’ve missed concerts in Japan, Switzerland, Belgium, England, the Netherlands, and Italy; and my whole North American tour of February-March is of course off. It makes me sad not to be able to go back to Canada in March as I had hoped, but the restrictions make it impossible and unwise. Hopefully within the next month I will get my first vaccination here in London.

In the meantime, I’m working on many different projects at home so that when things do open up, I’m ready to present them to the world and make some more recordings. There’s no end to the work I can do in private; just that I miss sharing it with audiences as I have done now for over half a century.

In March I do have two streamings announced: the first, on March 5th, is for the Meany Centre at the University of Seattle where I was supposed to perform. I will present a Bach recital (first heard at London’s Wigmore Hall last September) in a talk beforehand (also on the panel will be choreographer Mark Morris). The second, on March 28th, is for the Gilmore Foundation of Kalamazoo, Michigan and is a brand new video filmed last November in Germany especially for this occasion—and performed on my new Fazioli concert grand! Not to be missed!

I think everyone is struggling at the moment to keep going. Thank goodness for music which gives us hours and hours of pleasure and adds so much to every day. And home baking! These rye biscuits that I baked myself were a big hit on Twitter!

I wish you all the courage to go on. As Winston Churchill used to say and write, “KBO”!